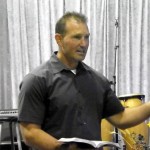 Pastor Scott Collins, Senior Pastor of Northwest Community Church since 1994. He’s been in the ministry since 1988. He graduated from Trinity College of Florida in New Port Richey in 1991, with a B.A. in Pastoral Theology. He graduated from Tampa Bay Theological Seminary in Tampa, Florida in 1993 and Dallas Theological Seminary in Tampa, Florida in 1994-1995. He has previously served at Son Life Fellowship in Tampa as Senior Pastor; Eureka Springs First Baptist in Seffner as Senior Pastor; Trinity Baptist in Clearwater as Youth Pastor; and The Exciting Idlewild Baptist in Tampa as a Youth Intern. Prior to entering the Ministry, Pastor Collins worked as a painting contractor. 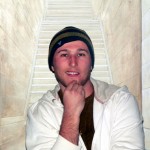 Daniel’s passion is to parse the culture for daily “touchstones of truth” in media, movies, music, books and television, as well as oppose the steadily increasing trend toward godlessness and secularism.  He believes that to turn the world back toward a godly culture, you must first win the hearts of individuals by sharing the full gospel of Jesus Christ.  He feels that the missing element in our churches is discipleship.  He also wants to see pastors ministered to, loved on, blessed, equipped, trained, educated and partnered with in ministry. Daniel Venturino is the oldest of 5 boys. He grew up in Pataskala, Ohio, and possesses those long ingrained Midwestern sensibilities.   Daniel earned his BA in Pastoral Ministry Studies, from Mount Vernon Nazarene University. After which time he settled in Tampa, FL,.  He has served as a pastor at Northwest Community Church in Tampa Bay, FL since the summer of 2009. Daniel and his wife, Heidi, were married the summer of 2012.  They co-own and manage Serendipity Salon and Spa. He was ordained by Northwest Community Church in the summer of 2013.  Follow him on twitter. 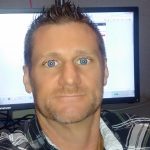 Dean “Dino” Fairchild grew up in Tampa Bay and has been a Christ follower since 1982. In his early Christian life Dino followed the normal trappings of living a life based on a false identity carved out of public opinion. Finally he found himself empty and hungry for something more satisfying. He was conducting his life based on principles and formulas. His foundation was a competence developed through hard work and faithfulness. Then God decided to break him through a series of trials, lack of measurable success, personal pain and repentance. In desperation, he humbled himself before God not just in words but in practice by deciding to be irrelevant in the same way that Jesus was irrelevant and by daily deciding to follow Jesus and to lay aside the ways in which he used to measure success. Henry Nouwen wrote, “I am deeply convinced that the Christian leader of the future is called to be completely irrelevant and to stand in this world with nothing to offer but his or her own vulnerable self.” This means to lead with weakness. Dino works a full time job as an IT Administrator. He has a deep desire for men’s spiritual growth, fellowship, encouragement and accountability through discipleship, bible studies, service, and other activities. He’s been a church elder at NWCC since 2006 and is involved with leading a men’s discipleship ministry, home group and bible studies.