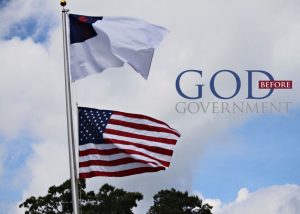 America was once the bastion of religious liberty, that being the primary purpose of its founding, according to the Pilgrim Fathers.  But, now it has sacrificed its native animus on the alter of inclusion, tolerance, and the politically correct.  The men and women who fled persecution in Europe to establish a glistening “city on a hill” and “holy experiment” could never have imagined that the liberties which they wished to instill in the soul of America would become so twisted and perverted as to be used against Christ’s Church and his disciples.  It would seem the Establishment Clause of the 1st Amendment has become the biggest threat to Christ’s church in America.  It was meant to protect believer, but has been co-opted, by the likes of the Freedom From Religion Foundation, and wielded as a weapon against God’s faithful.  George Washington once said, “The blessed Religion revealed in the word of God will remain an eternal and awful monument to prove that the best Institutions may be abused by human depravity; and that they may even, in some instances, be made subservient to the vilest of purposes.”

My friends, that day is upon us.

I have been asking myself the question, “Is freedom of religion, for all, really a good idea?” I have been thinking and reading about persecution.  What are the likeliest forms persecution will take?  How does it grip a society?  Can a country like ours drift into the seaward current of malice toward God, morality, and civic duty?  Just in the last few days Pope Francis has instructed his Church to prepare for worldwide persecution.  I read an article from a Greek Orthodox Father, who has been coaching his children not to abandon the faith when persecution comes.  ISIS is proclaiming on Youtube and social media that it will first destroy the “Saturday people, and then the Sunday people.”

I have to say that I actually appreciate ISIS’s candor on the issue.  At least you know where you stand with them.  But here, stateside, we deal with a much less obvious (read honest) kind of soft persecution.  Those who are screaming that certain minorities, particularly those who practice sexual immorality, should be given “equal protection’ and “marriage equality”, are the same people seeking to undermine, even outlaw, and opposition.  “Hate speech”, they say, is not protected speech.  By “hate speech” they mean sentiments which do not agree with their own, and by “not protected” they mean to make it criminal.  The gay lobby is unparalleled in its threat to religious liberty.  They simply do not like that some Americans have the freedom to disagree, with their “sincerely held (religious) beliefs”.

To borrow a quote from Dr. Michael l. Brown, “Those who came out of the closet, want to put us into the closet”

I have seen that the slow erosion of our liberties is a carefully wrought, expertly executed process of turning public opinion away from its own interests.  It starts out non-threatening, like introducing a lispy, swaggering friend to the line-up of your favorite sitcom’s cast.  You know he/she is different, but you like him/her and he/she makes you laugh.  Your guilt assuaged by the humor, a few years later the network sallies forth and launches an entire spin-off based on the lispy, swaggering friend.  It’s subtle.  There are stages.  Once the popular opinion has sufficiently changed directions, BAM!  All at once, the world is a very different place, and you wonder where the America of your childhood has disappeared to.

These are the steps which lead to persecution of Jesus’ Church.

1. Those who produce media must make the church to feel culturally marginalized.  They are the opinion shapers.  Christians, are painted as nothing more than anachronistic, hypocritical, hatemongers. Or, else they aren’t mentioned at all.  The educators have already instilled in students a readiness to receive “new ideas”, as if there was some inherent superior value in newness.  Not to mention the atheist’s progressivism, which trusts that the best ideas are surely the fittest.  This teaches the culture to believe that the new ideas are the best ones… evolution after all.  It builds an arena in which only the new ideas, the progressive ideas, the politically correct ideas can compete.  So, in the end the believer either cannot participate in the public conversation, or must compromise himself to do so.

2.  They will call good evil, and evil good.  The oldest trick in Satan’s playbook is to play up the relative benefits of sin, in order to get you to forget that their is a divine prohibition in place.   Since we have no natural pallet for evil, he must elevate some secondary good to the place of a primary good.  It goes like this, “Sure God said don’t eat it, but it will make you wise.”  Wisdom is good.  Yes!  Obeying God when He says something is the highest good. Yes and YES!  So, we see that it is a confusion of the order in which good things out to be sough.  A woman having control of her body is good.  Yes!  A woman using her autonomy to obey God, by presenting herself as a living sacrifice to God is the highest good. YES!

Our society has begun to call good evil.  It wags its crooked finger at the church for “judging”, and totally ignores that it just committed the hypocritical act of judging.  Judging right from wrong, good from evil, is good.  God gave us these categories and the discernment to differentiate between the two (at least at some level).  So, it isn’t that we cannot tell the difference between the categories.  Our culture has reached the level of decay at which the categories have been reversed.  It is called evil when a Christian proclaims God’s ways to a wayward and sex soaked culture.  It is called brave and good, when a practicing homosexual comes out of the closet.  My generation has no tolerance for God’s ways, the ways of life, because they will not depart from the dead end path.  “There is a way that seems right to a man, but in the end it leads only to death.”

3.  They will call for the stripping away of rights to speech and free exercise of religion.  There is a ridiculous phrase being passed around in some circles, which will be the banner of the modern movement against free exercise and free speech.  It is “hate speech”.  The Pro-choice, pro-marriage equality, pro-welfare lobby is decidedly anti-free speech.  They have learned that the gullible citizens of America will blindly swallow this arbitrary category distinction between free speech and hate speech.  It can only be free if it isn’t hateful, after all “hate speech” isn’t protected free speech.  It is circle logic and wordplay, but a great number on my generation have fallen for it and are falling for it.

Sure, they want the freedom to speak and act in accordance with their beliefs, because they are “tolerant and inclusive” (their words).  But, it is harmful and bigoted to allow an open airing of opposing points of view.  They base their reasoning on it being backward and hateful, and people’s feelings may be unnecessarily infringed upon.  Guess what, in America there is no right to good feelings.  There is no protection of your rights not to hear things you don’t like.  I have the right to offend you, which is good because their is nothing so offensive to a reprobate mind as the Gospel of Jesus Christ.

It is clear to me that all three of these “precursors” to persecution are active today.  There is no debate then that persecution is coming.  It is already here.

The wedge of law has been removed, and it will likely never be restored.  In one case that is a good thing.  No longer can mousy believers hide behind the justification of the laws, constitution, or judicial review.  Before they did not have to take a stand, because the laws did it for them.  Before, they could lower their voices and apologetically claim that, ‘Hey, that’s just the way it is.”  Before they were buttressed by the popular opinion, and did not have to make a full-throated defense of God’s word or righteousness.  Now, they must face persecution head on, declaring the precepts of scripture in the very throes of a culture thirsty for Christian blood, or else be swallowed whole by the jaws of subsumption.

It is coming.  It is already upon us.  Jesus says prepare to flee when you see these things among you.  He told his contemporary Jewish listeners that when persecution comes, they should not return into their homes to pack anything, but immediately flee to a place of refuge.  For 400 years of its history America was that place.  Perhaps that time is over.  Maybe the new place of refuge will have a Spanish name, like Belize, Costa Rica or Guadalajara.  I  really don’t know.  Pilgrims came here to establish a place where they could exercise their religion, and pay homage to God in the way they saw best.  I am sure that some day I (or my posterity) will have to make a pilgrimage to a new land, and start fresh.  Like Abraham, and the Pilgrims before me, I will flee the states for a land which God is showing me.

A full grown oak, ravaged by rot and eaten through with worms, though stately and appearing strong, is only one storm away from collapse.  At this point, it is spurious, if not perilous, to ask what we can do to stop America’s doom from happening. We must look ourselves square in the eye, and admit that it has come upon us. The only question left for us to ask is, “Can we bring her back from the dead?”  A mere resuscitation will not do, for the patient is terminally ill.  A revival may stem the tide, for a few generations, but ultimately we will be back where we started from. What we need is a resurrection. Perhaps we can plant a new tree.