But usually, when the popular hubbub has subsided and the novelty has been chewed over by real theologians, real scientists and real philosophers, both sides find themselves pretty much where they were before. So it was with Copernican astronomy, with Darwinism, with Biblical Criticism, with the new psychology. So, I cannot help expecting, it will be with the discovery of ‘life on other planets’ if that discovery is ever made.

from the essay ‘Religion and Rocketry’ by CS Lewis, 1958

Slate.com featured an article today, detailing their reaction to the Discovery Institutes “schadenfreude” whenever scientist find an exoplanet which is not inhabitable. According to Slate writer, Mark Strauss, it seems that whenever astronomers find a world, which is not suitable to life as we know it, then the Intelligent Design crowd (ID) rejoices. Secular scientists want to show that there are other planets where life can evolve, just as easily as it happened here. The Discovery Institute, backed by its view of scripture, say that evolution is not how life formed. Furthermore, looking for sentient alien life is nothing more than a cash grab, at the expense of the tax payers. Read full article here 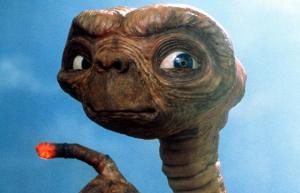 Whereas, I must admit that Slate painted Discovery Institute (DI) in the broadest of strokes, I was impressed over all with how fairly they approached DI’s philosophy of science.  Strauss did a good job quoting the pertinent sources, and contrasting the major worldview which each side represents.  However, I do not like it when one organization, in this case Discovery Institute, is set up as the representative of an entire approach to science, in this case Intelligent Design.  There are many different proponents of ID, besides The Discovery Institute, with various and sundry interpretations of creation.  The ID movement is bigger than Christianity in the sense that Jews, Sikhs, Moslems, etc also ascribe to the idea that the cosmos is created by and Intelligent Designer.  Even Deists, who say that God is a Mind, are in the ID camp.

The article, though well written, is not without its flaws.  The Discovery Institute , though well intentioned, is, also, not without its flaws.  Allow me enumerate and comment upon them by first saying that I found some inherent logical fallacies in my own camp (ID), but they don’t begin to approach the “self referentially” stupid logical errors of the Materialists. For the sake of ease for the reader, I will sequentially cite the error or fallacy from the article, then respond directly to it.

There’s more here, much much more.  I have some choice words for the circular reasoning espoused over at Reasons to Believe.  For such a smart man, Hugh Ross sure does over do the whole human tech is evidence of God’s purposes for nature.  It goes something like this, “We were destined to become technologically advanced, that’s why God made certain animals.  We can know this to be true because the societies which used those animals became technologically advanced.”  This of course is circular logic, and, unfortunately, some of his best arguments are built on it.  But, I digress.

I suggest you read C.S. Lewis’ short essay entilted, Religion and Rocketry.  He answers all of these so called objections, and raises some very important questions about little green men.